What’s the maximum amount of potentiometers I can connect and if it’s more than 15 how do I connect it in the patcher?

i see the gpio/in/analog object—>

I’m trying to find an answer for you. I seem to remember that there are more than Axoloti, but…maybe 15 is what there are? Nick is in the middle of something and I’m sure will have an answer soon enough.

To use more than 14 pots, you gotta use some muliplexers and a specific object in the library (ctrl3-4051 by Tiar) 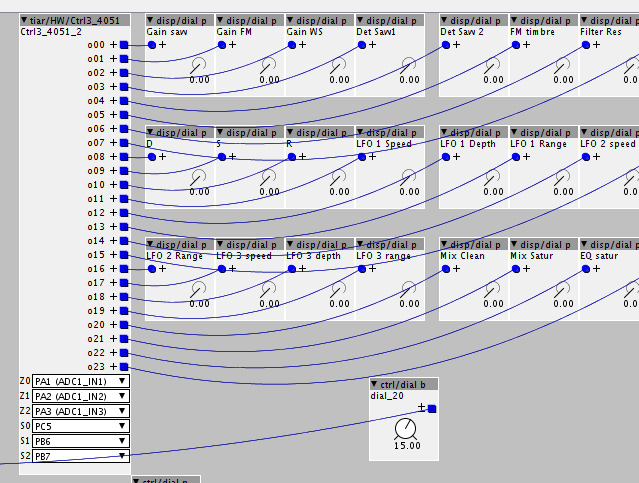 I have developped my own multiplexers board so I can use up to 32 potentiometers with only 4 gpio’s on the Akso/axo. You can find sone 4051 multiplexers on amazon. 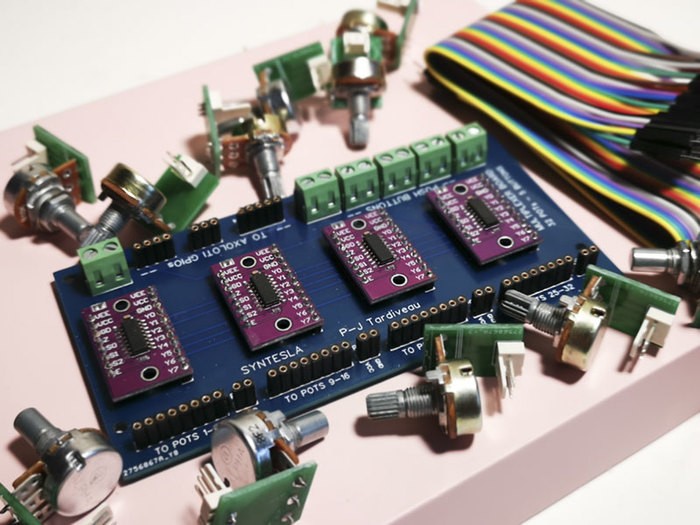 Google that, read the forums and you will find all the answers you need!

By my count, it’s theoretically 32 for analog inputs with our particular 176 Pin H7. Unfortunately a decent chunk of those are blocked by SDRAM lines; the memory peripheral partially overlaps. There are the 15 implemented just as on the legacy Axoloti Core. There are 6 more that can be enabled easily with a minor firmware and object updates. There’s one that can probably be unblocked in the next hardware revision. That would get us to 22. It’s 21 in the short term. For regular GPIO (and various other digital functions) basically every pin that is labeled letter-number(in hex) can be used for IO. Only a subset of those are actually internally connected to ADC channels.

There are a couple of ways to go from here:

This is very concise thank you!

In regard to the “available” ones:

Are you saying that’s something in the near future that will be implemented or just that it’s possible and will happen eventually??

Edit: already using midi controller rn for other things but I just need one more test point available to fit an existing design.

The Available ones should be really straightforward to implement. It’s just a matter of finding a bit of free time to get them implemented. I basically just stopped at the 15 to save time preparing the first release.

Opened a ticket for it here: https://github.com/zrna-research/akso/issues/3

Hi Pierre, that sounds amazing.
Tiar’s object takes 7 gpio’s for 32 pots. Would you explain how do you wire multiplexers to use only 4 gpio’s? thank you

In Axoloti, in addition to 15 adc there are other 5 only DC GPIO. Is there something similar in Akso?

The Available ones should be really straightforward to implement. It’s just a matter of finding a bit of free time to get them implemented. I basically just stopped at the 15 to save time preparing the first release.

Hi, is there an update of the implementation for the availabe ones (adc3)? For some reason the adc12 pins stopped working at my akso board (suddenly and over night)

Does someone know which pins are PWM?

I think it was 4 and 5
Check the analog output object, it’s working

Thanks @Korb. Checking gpio/out/pwm objects I found that I get the same pins that in Axoloti. 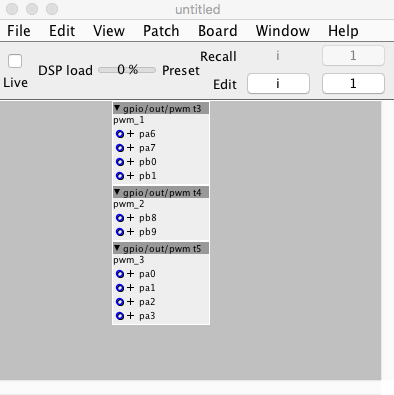 The easiest way of course is to connect via MIDI and use a MIDI controller with more than 16 pots. Of course these can be added on top of the hard wired pots/sliders/FSRs/Etc. that you may have connected already. I have a CV to MIDI converter module with 16 ins that bough for use with my AXO but use with my Nords. What you want to get is a used Doepfer Drehbank controller - 64 knobs. 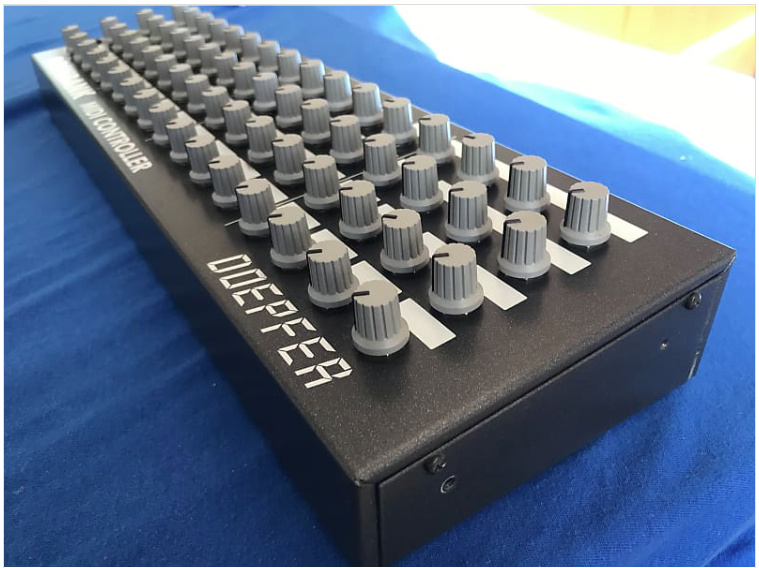 It would be easy enough to build such a thing to put right inside the case, as well. Just use an Arduino if the number is in the low teens. Add multiplexers to increase those numbers. A matrix of two 8-channel multiplexers would give you 64 controls with the use of six pins.

Yea I get that there are other ways to deal with more inputs, however, the akso was advertised having more inputs than the axoloti core. I designed my hardware with that in mind and now I’m exactly one analog input short, which would be a bit silly to have to add another piece of hardware for.

I also prefer the simplicity of one thing to deal with for a number of reasons.

It doesn’t seem like many issues on github have not been resolved and it’s been quite a while since release. Should we just move forward working with the assumption that these issues will remain for the foreseeable future?

hello ! any news on this, what could be the way nowdays ?
also someone asked this above “In Axoloti, in addition to 15 adc there are other 5 only DC GPIO. Is there something similar in Akso?” im also very intrested in this…

would be totally cool and enough for me to get those 22 pots and some 5 or 6 switches directly working without multiplexers.

I’m afraid that would take some software modification, and no one’s going to work on the software without Nic producing hardware.